From Pigskins to Rawhides

There is No Joy in Mudville 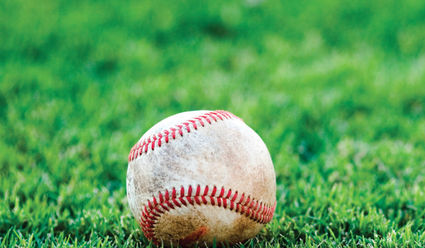 As I practiced social distancing on my 800-pound motorcycle these past weeks; touring Montgomery I saw empty fields and only the sounds of birds singing at the ballparks I visited.

No baseball, who could have imagined it. Not the familiar sounds of high school, college and youth baseball filling the air, rather silence. No family outings to watch kids playing baseball, soccer, basketball nor any other sport. The silence is deafening! High school softball cancelled, major league baseball postponed for who knows how long.

The COVID-19 virus has changed our lives, and while a normalcy will return, it will be a new normal. I’m still in a state of shock and can never remember times like these. Nothing that I’ve lived through, but times I heard about from my grandmother. As the great Depression left the landscape scarred, and WWII changed the world, baseball endured. Baseball was far and away the favorite sport in the country in the 1940s. Fans watched as many players left to join the military in the conflict. They included stars such as Ted Williams, Stan Musial, Joe DiMaggio, Yogi Berra, Pee Wee Reese and Hank Greenberg. The World Series was played every year during WWII. In all, 500 Major League players and more than 2,000 minor league players left to join the military, according to the American Veterans Center. But the seasons went on. One of the remarkable stories that involves World War II and baseball happened after the defeat of Germany. A team of racially mixed U.S. players – including Negro League player Leon Day – formed teams that competed in a league. They played many of their games at the Hitler Youth Stadium in Nuremberg, where Adolf Hitler had lead many Hitler Youth rallies. That included a five-game “World Series” in September 1945.

But the unseen threat of the Corona virus has changed all of that in the blink of an eye. Only in 1994 was the World Series cancelled due to the players strike, with the exception of the 1904 series when the New York Giants refused to play the American League champion Boston Americans. Many minor league teams disbanded because so many young men were drafted. However, Chicago Cubs owner Philip K. Wrigley tasked an assistant to the team’s general manager, Ken Sells, to find a solution.

The All-American Girls Baseball League, made famous by the Tom Hanks movie.

And here we find ourselves in an apocalyptic time, where sports can no longer be played. Where churches and non-essential businesses are closed. A time when I find myself reticent to adapt to the likely end

of baseball season this year, if not, certainly in a much different reconfiguration. A time when I’m teaching virtual Bible studies and Sunday school lessons via computers.

And the players, our youngsters and boys and girls robbed of the seasons they worked so hard to accomplish. These, along with collegiate end professionals, sharing the same kind of loss. My heart goes out to all of them, including managers, coaches and umpires alike. Not to mention the fans.

College Football, a staple of American life is now put on hold until this pandemic is under control, until we can manage it. What of those thousands of young men, denied spring practice and just waiting? These are

certainly some of the most difficult times they likely, and hopefully, ever will face.

And we do endure, we will endure and we will conquer this insidious foe. As President Kennedy famously quoted, “We will do these things, not because they are easy, rather because they are hard.”

May God be with us, and Godspeed to those brave souls in the medical profession, first responders, and all of those who are keeping our country together and strong while we wait for this to run its course.

More to come next time.