Tears & Laughter - What is wrong with you people in the Black Belt? 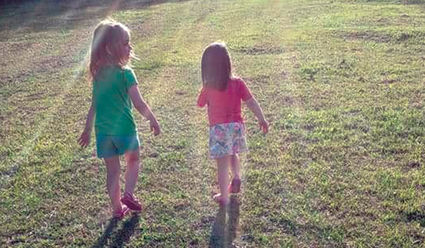 I read articles about the Black Belt sometimes that make me feel like we should all immediately pack up and leave. I don’t know where we should go, but we may not make it if we stay.

I read one yesterday that was really playing us up. It said we are poor, dumb, and tend to have a life expectancy that is nine years shorter than the rest of Alabamians.

I knew we were poor and dumb, but I was surprised about those nine years…because we eat a lot of greens down here. I cook a mean pot of greens myself. A neighbor of mine who lives over in Possum Bend taught me how. And now, every year, I’m asked to bring the turnips to Thanksgiving dinner at Mama’s in Wynlakes.

We do tend to load our vegetables with smoked pork, bacon, and butter. Do people outside the Black Belt not do that? I don’t want to be a bad influence on your health, but y’all are going to want to try that.

And we do eat a lot of fried chicken too. That is a known fact. There may be many things one cannot readily attain in the Black Belt. I will admit that. There are patches where you will not be able to get a good phone signal, and some areas have unreliable internet. But you can find excellent fried chicken about anywhere. Camden has more places that serve fried chicken than it has red lights, and we all rather like it that way.

We drink here in the Black Belt. That may explain in part a couple of those nine years we cash in early. We celebrate the first of the month, everybody’s birthday, and full moons that fall on Saturday night.

A lot of people still smoke, too. And they offer no apologies. People here don’t go around looking for permission or approval. They offer no justification or excuses. They do what they want to do and call it freedom.

We street race. If that’s your thing. I don’t participate, but sometimes late at night on the weekends I can hear their engines and tires over on County Road 19.

We spend a lot of time on the river and in the woods. We like fire, and mud, and dirt roads. We alligator hunt, coon hunt, and hog hunt – none of which are daytime activities. I suppose there are safer sports, but nobody here is interested.

The hard thing for outsiders to understand about the people of the Black Belt is that for all it is and all it is not, most everybody here wants it left alone. There are highways that lead in and out of the place from every direction. People who want a different lifestyle…well, I guess they either leave or stay depending on your definition of different.

A lot of people here would rather have deer that eat acorns beneath an old oak tree in their yard than fast speed Internet. They want to be able to hear coyotes at night and sometimes the distant call of a wild turkey early in the morning. They want woods and fields and solitude.

It may be hard to believe, but some people left cities outside of the Black Belt and moved here by choice just because it offers a slower paced lifestyle. Now granted, a lot of women relocated here because of a man who had already made that choice, but the point is the people who are here want to be here. Nobody here is envious of anyplace else. In fact, we think we have something special.

But…we are all dumbasses down here in the Black Belt so what could we possibly know.

Amanda Walker is a contributor with AL.com, The Selma Times Journal, Thomasville Times, West Alabama Watchman, and Alabama Gazette. Contact her at