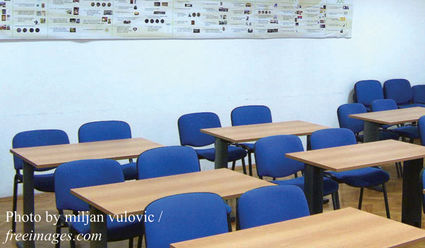 The Two Sides of Education in Alabama

I sometimes talk – half in jest – about this book I am going to write one day called, “The Two Sides of Camden.” I would call it that because there are two sides of Camden. And the two sides each have two sides as well.

These two sides tend to spill out all over the county. They cross the river and seep into the surrounding counties of the Black Belt on all sides. I see it and recognize it here, but it is everywhere across the state. I suppose to some extent, it may be like this everywhere. But where I am is all I know.

The two sides of Camden are not as cut and dried as saying the rich and the poor, or the blacks and the whites. Wilcox County is a fluctuating 80-some-odd percent black. Not all blacks here are poor. Not all whites are rich. It doesn’t take that much to be considered rich here. And there is a difference between being poor and living in poverty. There are plenty of each.

Just barely getting by is normal. It was that way long before the term COVID entered our atmosphere. It has been that way since the turn of the last century. It is not new. It is not going to change. That is the set up. That is the reality. So kids who grow up here grow up on one side, or the other. The two sides grow up side by side together. They have full awareness of one another. Just one side seems to have more prevalent drug abuse, incest, and other obvious dysfunction.

If a child is fortunate enough to be born on the one side, they have a safety net that won’t let them fail. But the only hope a child has if they are born on the other side…is to get an education. It is the only ticket out.

It has come to light that there are possibly thousands of unaccounted for students across the state since the coronavirus shutdowns started. The children who have not been accounted for yet are not from families who vacation down at the coast twice a summer. They are not the children of single mothers who are going to do whatever it takes to make sure their needs are met. It is rather the students who need the structure and safety required by public schools who are suffering, and will continue to suffer, from the decision to close schools during the pandemic.

And let’s be honest. Teaching students a core education has become more complicated the more politicized and unionized the education system has become over the years. There was a time when one woman in a single room schoolhouse could educate children. Education is not that complicated of a thing. The system is what has become complicated. But here was a system that had held parents to a minimum standard of accountability for generations. Every school day, by law, parents had to have their children dressed and on a bus or delivered to the school by about 7:50 in the morning. If they were not at school, it was noted. If their absence was prolonged, the school had the authority to check on the child.

Teachers are trained to notice, and are charged – again, by law – to report any signs of abuse or neglect. And now it seems those students who needed this protected perspective of organized schooling are the ones who are lost.

What an incredible shame. What a failure.

The very ones whose only hope of getting to the other side was the opportunity of getting an education are the ones most hurt by the consequences of closing schools.

I don’t know where our leaders get their wisdom anymore.

Maybe be a bit stingy in extending them your unwavering faith.