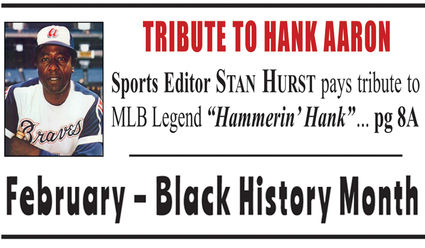 Hank Aaron is the home-run king of Major League Baseball totaling 755 Home Runs eclipsing Babe Ruths’ 714. Hank Aaron hit 30 home runs a season for 15 seasons. He also hit 24 or more home runs every season from 1955 through 1973. Aaron had a total of 3,771 hits and his lifetime batting average is .305. While Barry Bonds hit more home runs, he did so admittedly with the aid of steroids, as did Mark McGwire who broke Roger Maris’ record of 61 home runs in a season. History is not and will not bode will for the “steroid years” and those who cheated using them. My opinion, Hank Aaron is the home run king of MLB.

What’s Next in Sports?

After a COVID troubled National Football League season we’ve come down to the final two teams left. The Tampa Bay Buccaneers will host the Kansas City Chiefs in the big showdown in Tampa, Florida. This is the first time in the 55 years of the Super Bowl play that one of the participants will host the event. Played on Sunday February 7, it is expected to be quite a slugfest, as I predict at this writing.

The Tampa Bay Buccaneers’ off season acquisition of Tom Brady from the New England Patriots is the primary reason the Bucs are in the Super Bowl.

Regarded as too old and losing his skills, the Patriots made little or no effort to sign Tom Brady at the end of his contract at the close of 2019. Well, he was welcomed in Tampa and has worked the Tom Terrific magic once again this season.

The 14 - 2 Kansas City Chiefs are a 3-point underdog to the 12 - 4 Tampa Bay Bucs as of this writing. The Chiefs lead the league in passing yards per game at 303 yards per game, compared to the Bucs 289 YPG ranked number two. The Chiefs average 29 points per game and the Buccaneers average 30 points per game. So this game would be a “pick-em” if it were held a neutral site. That Buccaneers home field advantage accounts for them being 3-point favorites at this point. We will have to see what the spread is in Las Vegas prior to kickoff Sunday.

This promises to be a great contest and as talented as Patric Mahomes is, and he is all of that plus some, you just can’t ignore what Tom Brady has accomplished this year, learning a new offense under head coach Bruce Arians. His first season at Tampa was 2019 where he finished 7-9. Considered an offensive genius, Arians had to adjust his down the field “bomb” philosophy and create a game plan around Tom Brady’s strengths, and it looks successful from my vantage point. I can wait for this one!

The Green Bay Packers finished the season 13 - 3 losing to Tom Brady and the Buccaneers in the NFC championship game. The Packers, who finished ninth in passing yards per game at 256 and eighth in rushing yards 132 per game, were unable to score a touchdown late in the fourth quarter of the final game against the Bucs. The Packers faced a fourth and goal inside the 5-yard line and elected to kick a field goal instead of go for the touchdown. Unless you watched the game in its entirety, this could be, and was second-guessed. Quarterback Aaron Rodgers had three cracks at it from inside the 6-yard line, all three poorly thrown balls. On third and goal Rodgers had a clear running lane to score but elected to force the ball with an errant pass.

It appeared to me Rodgers lost his composure after coming off the field and was virtually useless in the Packers final position. Rodgers has one win in four attempts in the NFC Championship Game. Asked about the call after the game he responded, “not my call.” This game was close for most of it and the Packers could only score a field goal after intercepting Tom Brady three times in the second half. Rodgers is rumored to be a poor teammate. I don’t have an opinion. What I watched was a quarterback wound too tight in the second half who played poorly. Just my preverbal two-cents worth.

and the results are below …

As of this writing and my final opportunity to finish here, the Major League Baseball season is likely to start late. MLB likely will make the decision to delay spring training for pitchers and catchers. Spring training is scheduled to start of February 27th, with pitchers and catchers showing up ten days early. MLB in suggesting the early start for batteries (pitchers and catchers) might be delayed. While no official word has come down yet, that’s the current thinking with MLB powers. It’s going to be another season greatly impacted by the COVID pandemic. The good news is that we’ve done this before and know what that looks like.

There is no word yet on minor league clubs and this could very possible be another season without our Montgomery Biscuits playing.

We’ve learned to adapt and it’s encouraging to see college basketball in full swing. The 2020 sports season was a learning experience to be sure. I don’t know what normal will be nor when it will get here. I’m convinced normal will not resemble what we enjoyed in pre-COVID years. Somehow we will be better for having gone through this experience. Hopefully several years from now when we look at the asterisks for 2020 and probably 2021, all of us can say that is was awful but we survived. The road was fraught with tragedy and uncertainty, but we held our heads high and endured and prevailed.