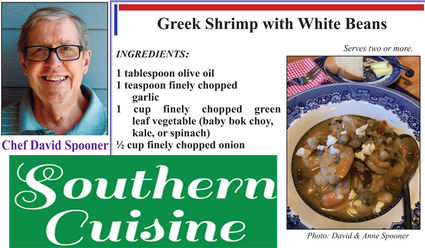 I was reading about Southern cooking traditions, the standards that define a Southern kitchen and a Southern cook and realized that the knowledge on how to fix these staples, these meals, these time tested dishes, is slowly passing away. It is becoming a lost art in homes everywhere in America, not just the South, where the children are not learning the basics of cooking, let alone, the traditional meals that bind generations.

You have seen lists before; those that tell that you, you have lost your “Southern-ness” if you can’t make deviled eggs, don’t use bacon “drippin’s” as a seasoning, have never made a Hummingbird cake, and don’t have a cast iron pan. Why have we lost these traditions? Is it the lifestyle that we follow? Are we spending time with our children and teaching them the things that our parents taught us or are we letting the schools, television and the internet do our parenting. An excuse is “There isn’t enough time?”

Well guess what, there is enough time!

If what you just read sounds familiar, it was my opening paragraphs from my March 2016 article. Even with today’s slight loosening of travel restrictions to restaurants and to relative’s homes for family meals, and with some schools in a virtual mode, there still is time to teach our children the things our parents taught us. If we do not then the schools, television and the internet will be back at parenting our children.

I have heard comments from some of the older sons and daughters of friends, that the way their parents cook is old fashion. The cooking techniques of some foods can be updated and have the same outcome. An example is what I alluded to in my last article. I can use two different methods to cook a pork-tenderloin or an eye-of-round and sometimes have close to the same outcome. The difference is that one method will produce a piece of meat at the same desired internal temperature every time. It takes longer but produces a better outcome consistently while the second method will depend of the size of the piece of meat and how much fat in the meat. Also, if you put the meat in a too hot of oven, you could end up with jerky. The method that I’m talking about is sous vide cooking.

At its most fundamental level, sous vide cooking is the process of sealing food in an airtight container—usually a vacuum sealed bag—and then cooking that food in temperature-controlled water. In French, the term translates to “under vacuum.” According to Wikipedia: Sous vide, also known as low temperature long time cooking, is a method of cooking in which food is placed in a plastic pouch or a glass jar and cooked in a water bath for longer than usual cooking times at a precisely regulated temperature.

It will not replace sautéing, roasting or braising. Nor will it replace the microwave’s speed or convenience. Sous vide has been around for years. If you have eaten a boil-in-bag meal you have eaten sous vide. Many foods are packed sous vide. Such as bacon, mozzarella, and smoked salmon. Sous vide cooking can be used for many traditional Southern dishes; pork butt and brisket are two good examples.

I was introduced to sous vide cooking while I was a chef at a banquet hotel. The item we used sous vide the most was for Short Ribs. They could be ordered anytime during serving hours and they were always perfecting cooked and flavorful. Steak houses use sous vide because they can hold the bagged steaks at a certain temperature, like 125 degrees, which is rare. When an order comes to the kitchen for a medium steak, the chef pulls the steak out of the water bath and places it on the grill to brown the outside and give the steak a nice crispy grilled look and leave just long enough to raise the internal temperature to 130 to 135 degrees.

Sous vide cooking does not replace other types of cooking but to be used in addition to other techniques. For the home chef, there are many web sites and cookbooks to guide you through the different aspects of sous vide. Also, a piece of equipment not found in the ordinary kitchen, the circulating pump must be purchased. When the hotel started sous vide, the pump was over a thousand dollars. Now, you can find a home circulating pump for less than fifty.

This is part of a recipe from the pump maker ANOVA. I included this recipe to give you a glance as to the steps and equipment needed to cook an eye of round. Before you start, I would do more reading for information on sous vide than I have given here. For example I use a double zipper freezer bag to cook instead of using a vacuum-sealed bag. The picture I have is my water tank and pump with an eye of round and a pork-tenderloin submerged in the water. The water temperature was 132.5 F. I also use different rubs for different meats and different recipes. ANOVA gave instructions to sear the meat after the 24 hours over a charcoal fire. I use a cast iron pan.

3-4 pound boneless eye of round roast Fat cap on

5. Recipe continues with searing over a charcoal fire.

This recipe turns the humble and typically cheap and tough eye of round roast into a tender and juicy roast similar in texture to a prime rib roast. The long cook time tenderizes the meat. The cook temperature of 134.5 yields medium doneness: a tender yet chewy and springy texture. Description is from ANOVA.

Sous vide is a common means for storing foods. I have corn on the cob vacuum packed, four cobs to a bag in my freezer. Even after a year in the freezer there is no freezer burn and when I want to eat the corn I can just drop the bags in hot water and heat up the corn. No loss in flavor compared to dropping the ears individually in the hot water.

Another way I store food is in mason jars. Soups, sauces and fruit are cooked for a meal and sometimes when there are leftovers; they go into a mason jar and into the freezer. When there are four or five jars of odds and ends of veggies, it’s time to make soup. Only rule we follow for storing in jars is they have to be wide mouth jars. When a liquid freezes, it expands. A wide mouth jar lets the liquid expand up the jar. A narrow mouth jar will restrict the expansion and can cause the jar to break.

This next recipe is one of our favorite soups to freeze. This is not necessarily leftovers from a meal. Sometimes when we have running low on soups in the freezer, we just make a batch of soup with the sole purpose to freeze it. Sometimes we make enough of a soup or stew, for a meal and make be sure there is enough to freeze for a later time.

As the picture shows, our freezer has a mixture of frozen foods. There is lentil and zucchini soup and even Apple butter and a sauce left over from a meat dish. There is fresh squeezed orange juice and a loaded potato soup. Taking a picture of potato soup in a bowl is not what I am stressing.

Salt and Pepper to taste

1. Heat the chicken broth to a simmer in a large pot (6 quart or larger).

2. Add potatoes and onion; bring to a boil and then simmer for 20 minutes.

4. Cook on low, stirring occasionally until cheese has melted.

5. You can leave the soup chunky or use a hand held immersion blender and blend until smooth.

6. Spoon into bowels and top with bacon bits and shredded cheddar cheese.

** Every time we have made this soup we use two twenty-six ounce packages of shredded hash brown potatoes.

This next recipe has nothing to do with sous vide or mason jars. There was never enough left over to put in a jar. This is a simple Mediterranean inspired stew. Have a baguette handy to sop up the broth of this dish. This recipe is modified from a recipe in MyRecipes.

¾ cup chicken stock, more or less depending on amount of broth you want in the stew.

1. Heat a large saucepan over medium heat. Add oil and then garlic and sauté for 30 seconds.

2. Add the greens you are using with the onion and oregano and further sauté until onion is translucent, maybe 3-4 minutes.

3. Add tomato, stir for 2 minutes and then add stock, beans and bay leaf.

5. Add shrimp and cook until shrimp is just cooked.

6. Turn off heat, remove bay leaf and stir in parsley and pepper.

8. Serve with additional feta and a baguette.