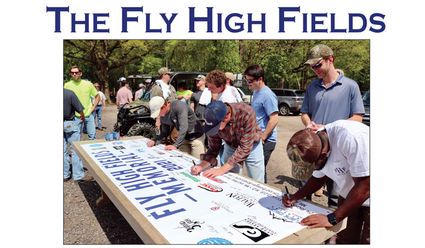 The Alabama Gazette's Sports Writer, Stan Hurst, is on temporary hiatus. We look forward to hearing from him again in upcoming issues. In the meantime, we were fortunate to have a great article sent in for this space.

Everyone has been affected by cancer in some way or another. The cruel disease brings fear, worry, and sorrow to millions of individuals and families each year. While great strides have been made in the prevention and treatment of cancer, the sad reality is that the battle to defeat it is far from finished.

A little over five years ago on February 20th, 2016, the world lost Nolan Fields to the cancerous disease of Non-Hodgkin's Leukemia. He endured his battle for over 16 months, undergoing two chemotherapies, all the while, never showing an ounce of fear, worry, or sorrow. In fact, Nolan managed to continue to be a shining light of hope and joy to those around him, like he had always been, and, as he always will be.

On April 3, 2021, at the Lower Wetumpka Sports Shotgun Sports Club, hundreds of individuals who knew Nolan gathered to celebrate his life and legacy via a wonderful fundraising event: the inaugural "Fly High Fields Memorial."

It was a day filled with laughter and jubilation, akin to an extended family reunion. The participants and hosts came out not only for the camaraderie of old ties and companions, but for a deeper purpose.

All of us knew and loved Nolan for myriad reasons, among those his bright smile, quick wit, jovial attitude, and never faltering strength.

Cancer holds no partiality to one person or another. It is a solemn reminder that life is precious and may cause unexpected turns at any given moment. Every year roughly 1,500-2,000 adolescents succumb to their fight with cancer in the United States. Although Nolan unfortunately is included in that toll, his legacy will be that his memory lives on to fight the good fight. This year the Fly High Fields Memorial raised a $20,500 scholarship for a child who has suffered from cancer.

Losses are never easy, but it's life. Spending time asking "why?" is ofttimes irrelevant and wasteful. However, this particular loss has served its positive purpose for good. A day spent with old friends, shooting clays, and chowing down on the sumptuous Hamburger King delicacies are exactly what Nolan would have wanted.

A special thanks to everyone involved in bringing this event to fruition, particularly Wells Hooper, Coleman Taylor, and Marshall Griffin, three of Nolan's closest friends and some above average guys. Nolan's spirit lives on and is looking forward to the next year's celebration.

Nolan was as caring and sincere as a person could be. He was an outstanding person with a great life ahead of him. In October of 2014, he was diagnosed with Non-Hodgkins Lymphoma and would have to undergo Chemotherapy. He was given a 95% survival rate and was told he would be back to normal after a few months. Nolan never wanted anyone to worry about him or be upset about his sickness. He always kept a positive mindset and made sure that everyone else did the same. He missed out on the remainder of his Senior football and basketball seasons, majority of his Senior spring semester, and his Freshman year of college. Never one complaint. He took every day like a true warrior. After 16 months, 2 Chemotherapy treatments and a radiation treatment, Nolan was called up to heaven on 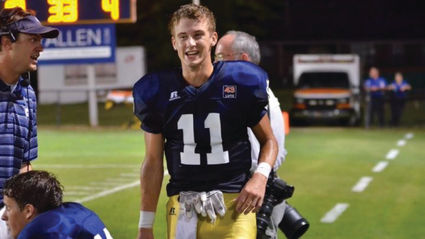 February 20, 2016. This memorial sporting clay tournament was held for him on April 3rd at the Lower Wetumpka Sporting Clay Club in Montgomery, AL. Our goal was to raise $20,000 for a scholarship for a child whose childhood/youth has been strongly affected by cancer like Nolan. I am happy to say that goal was exceeded by people's love and generosity. But we can continue to do more! Every dollar is greatly appreciated and will go a long way! For more information or if you would like to sponsor the event please contact Wells Hooper at whooper@primesurg.com / 334-471-0403