A New and Different 2021 Football Season is Dawning 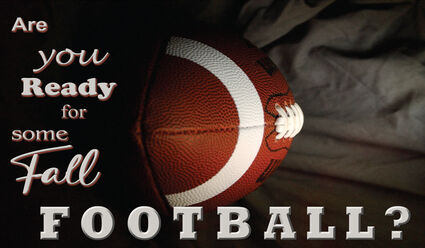 We are rapidly approaching a new and different College Football season.

Hopefully we will step into a new normal, and will it be mask free? It sure looks like it from my vantage point. We have Coach Saban doing public services announcements encouraging Alabama fans to get the COVID-19 vaccine – we’ll have to see if that prods folk along.

This will be the new normal for the foreseeable future. How many SEC fans will get vaccinated so that all the seats will be filled? Make no mistake, this will be a part of the new road we are all walking along together. At the moment, we’re all confident that those dark days of the pandemic are gone. Let us not forget last December and January and the many who suffered from COVID and the many that have died from it. Let’s remember that 11,428 Alabamians have died from COVID, including my best friend, Mark, who succumbed to this disease July 29, 2020; before the magic antibiotic cocktail, before the reality of the vaccine.

Will the unthinkable happen; will this thing come back; will Alabamians begin dying from it again? So perhaps you’re asking yourself, “What in the world – is this a sports article or a political announcement?” Friends, COVID does not discriminate, it kills Bama and Auburn fans equally. Republicans and Democrats, neither have favor with COVID. The virus is a-political. As the days pass and the COVID numbers rise, we’re beginning to hear that dreaded four letter word again: MASK! As I see it, unless something miraculous happens and our vaccination numbers go up, we will see games at 50-percent capacity and fans wearing masks again.

So, one final pleading, if you stop listening to the alright looney anti-vaccers, look at the science and listen to the scientists. We have the best in the world in to U.S.A. President Trump went to all that trouble to create

Operation Warp Speed to develop these vaccines – take them! If none of these arguments persuade you, please do it to save our football season!

Alabama has a lot on its plate for this upcoming season. A new quarterback has to be ready to go this fall – one with very little or no experience. We have Bryce Young from California as the leading candidate. He had very limited playing time last year. Thinking about it, we’ve had a kid from Texas, a kid from Hawaii and a kid from my hometown of Jacksonville Florida. Why not a kid from California?

Bryce Young is the odds-on favorite to take the position running to offense. New Offensive Coordinator and Quarterback Coach Bill O’Brien is a Bill Belichick disciple and brings a wealth of experience to the staff and on the field with the players. The Tide will be replacing 10 starters. Six Bama Players were drafted into the NFL, so there are more holes to fill than just the quarterback position.

We see what happened to LSU in 2020 after losing 12 players from the 2010 season. But then again, Alabama ain’t LSU, are they? Coach Saban is not the kind of football coach that has to pull a rabbit out of his hat to win. He is the consummate professional. He has a process and he adapts just as football changes.

Out on the Plains, Auburn has a new head coach: Bryan Harsin – coming with an impressive 76 percent winning record, most recently from Bose State.

Welcome to the SEC, Coach Harsin! Coach sure has his hands full, and it appears that recruiting is going relatively well. In the SEC rankings, Auburn’s 2021 class is rated 6th. Now this is historically where it trended in the Malzahn years. This is for those of us who say, “Yeah, what about 2022?”

Well, it’s far too early to measure, but Auburn is 14th in the SEC. If any of you are interested in class rankings vs. success ratio, check my analysis in the Montgomery Advertiser achieves. I wrote an extensive piece on this subject.

Coach Harsin has problems at the quarterback position: Bo Nix, a 2-year starter that is below average statistically and T.J. Finley, from Pounchatoula, LA, a portal transfer from LSU. He’s quoted as saying he came to be the starter. His high school stats are very impressive, and he feels like he can make a difference at Auburn.

What I had hoped that Auburn would do is hunt the big fish and corral Urban Meyer. He was available and is a Top 3 college head coach. He earned $6.5 million at Ohio State, and I expect $10 million would have landed him at Auburn. He’s making $12.5 with the Jaguars. But consider all the monies Auburn is paying ex-head coaches, $10 mil would have been a bargain!

The last two Auburn head coaches were paid a combine severance of $25.6 million dollars! Auburn’s compensation package for Coach Harsin is $5.25 million dollars. Seems not so far out after all, does it? (Coach Saban earns $9.3 million annual salary.)

All this talk of money! Makes you crazy!

Think Vaccination … Until Next Time ...