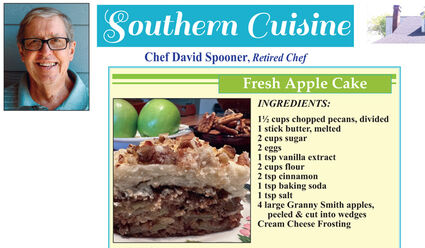 The recipes chosen for this issue were determined by the weather and age.. Last night was the coldest for the year. It is only February, so colder days could come back at anytime. Besides the weather, I wanted to continue with my theme of finding older recipes that I have ignored or how to prepare them has been lost. With all of the premade meals you can find in grocery stores and with the partial opening of restaurants, it is very easy to have a meal and not have to prepare it. And just the freedom from government-mandated restrictions on where you can eat and socialize has made it easier to leave your home and go out and enjoy life.

I have commented before on the savings you will have by preparing your own meals at home. Yes, it is nice to get out and try new tastes at the new restaurants that have opened but I actually had sticker shock when I looked at the price of a meal at a restaurant. There are valid reasons for the sticker shock. Restaurants have had a hard time the past couple of years. Mandates have limited the number of patrons they can seat. Inflation and cost of labor has increased. People have been scared to go out on the town.

If you have not dined at some of the new restaurants that have opened, you have missed out.

I have eaten at four new restaurants and I have not been disappointed. Yes the meals were more expensive than what I was use to, but the meals themselves were different from what they were before.

So even though I do and will go out to eat many times in the future I am changing what I originally was going to write about. I found two ways to cook a dish that has always been a favorite of mine. Living in Texas for a number of years, Chili has been a go to meal when my refrigerator was full of leftovers from meals past. Each recipe can be called a chili recipe, but there are more renditions of chili recipes as there are renditions of tuna salad sandwiches, hamburgers and vodka drinks. So here are two renditions of chili. One is a cream base and is thick warm and filling. The other is a broth base and is good with a jalapeno cheese cornbread. Either recipe can be tweaked to spice them up. Just add your favorite hot sauce to make it as spicy as you can stand. Also add some Hatch green chilies. Or the next time you stop at BUC-EES on your way to the coast, pick up a bottle of their wide selections of hot sauces they carry. When I shop in Montgomery, I always try to stop at the Capitol Market on the southern bypass and pick up a jar of INCA'S FOOD Aji Amarillo yellow paste.

The first recipe is from LANA'S COOKING website with a few tweaks.

2 cups half and half

2. In a large pot or Dutch oven, cook the onion in half of the butter until softened. Remove from the pot and set aside.

3. In the same pot, melt remaining 6 Tbsp of butter over moderately low heat and whisk in the flour.

6. Gradually add the broth then the half and half, whisking the whole time.

7. Bring the mixture to a boil, reduce the heat and simmer, stirring occasionally, 5 minutes, or until thickened. (It will be nicely and obviously thick.)

8. Stir in all other ingredients.

My wife, Anne, made up this recipe. It is a broth type chili. There is no dairy in the recipe if you substitute the butter in the recipe for oil or margarine.

1. Put all ingredients in a slow cooker or pot on stove.

2. Cook until hot for serving.

Serve with the same cornbread as with the previous recipe, or with my favorite, saltine crackers.

With all the spice in the chili recipes, a sweet dessert works well. This recipe was first published in 2001, I not sure it was first published in Southern Living, but I found this recipe in the magazine in 2021. It is a sheet cake recipe and takes some effort to mix it altogether. And you can use any frosting you seem fit. Sprinkle the remaining pecans on top.

2. Bake pecans in a single layer in a shallow pan 5 to 7 minutes or until lightly toasted and fragrant, stirring halfway through.

3. Combine butter, sugar, eggs, and vanilla extract in a large bowl until blended.

8. Remove from oven when a wooden pick inserted in center comes out clean.

10. Spread frosting (your choice) on cake and sprinkle with remaining pecans.