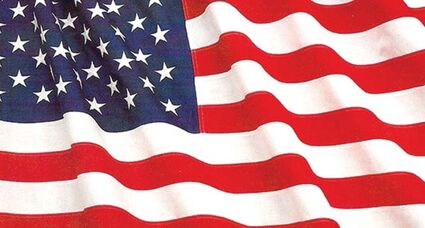 Col William Randall Ray served 35 years in the Alabama Army National Guard. His Military Occupational Specialty (MOS) included beginning as the Fire Direction Officer and then as Executive Officer inField Artillery. He transferred from Combat Arms to Support where he served as a MaintenanceControl Officer, Executive Officer, and as Commander of the 778th Maintenance Company. He then transferred to the 226thArea Support Group (ASG) and served as aLogistical and Maintenance Officer. From there, he transferred to the 31st Area Support Groupserving again as a Logistics and Maintenance officer then to the 200thMaterial Management Center (MMC) serving as Director of Munitions and from there to the 145th Chemical Battalion where he served as Battalion Commander.

Col Ray was born January 10, 1956 in Grady, AL, to his parents, William E. and Myra S. Ray. He was reared there and graduated from South Montgomery Academy in May 1974. Following the footsteps of his father who had served in the AL Army National Guard with deployment to Korea, Col Ray volunteered for military service joining the AL Army National Guard in June 1974. Beginning as a Private, he completed Basic Training at Ft. Polk, LA, and Ft. Leonard Wood, MO, returned to Ft. Rucker, AL, and then served with the 31st Aviation Battalion at Montgomery, AL.Using the G.I. Bill, he attended college at Troy State University’s main campus and at Auburn University at Montgomery and then graduatedwith honors from Faulkner University with a B.S. Degree in Business Administration in 1980. Col. Ray completed OCS at the AL Military Academy at Ft. McClellan, AL, and was commissioned as a 2nd Lt.in 1980 after which he began his Military education preparing himself for further military leadership. He completed the Field Artillery Officer Basic Course in 1981, the Field Artillery Cannon Battery Officer Course in 1981, the Nuclear, Biological &Chemical Defense School program in 1983, the Unit Commander’s Course in 1987, the Quartermaster Officer Advanced Course, TACCS, SAMS II, MSOffice I & II Computer Course in 1990, the Command and General Staff College, the Hazardous Materials Handlers Course in 1996, the Associate Logistics Executive Development Course in 1997, the Chemical Officer’s Course and Joint Senior Leader’s Course in 2003 and the Chemical Pre-Command Course in 2004.Col Ray is Branch Qualified in Artillery, Ordinance EOD, Logistics and Chemical.

Col Ray served in overseas logistics operations including operations in Panama, Ecuador, Honduras, Korea, and Germany. He participated in Desert Shield/Desert Storm moving from Saudi Arabia to Kuwait and finally into Iraq. He served in “Operation Roving Sands” in New Mexico and on the Joint Task Force-Staff of the 2002 Olympics in Salt Lake City. He served in Operation Enduring Freedom and Operation Iraqi Freedom moving from Germany to eastern Turkey and served as the Deputy J4 for the Joint Task Force- Liberia, operating from SETAF Headquarters in Italy, and participated in Joint Training Exercises in Romania. Col Ray has had a distinguished military career beginning as a Private and retiring as Colonel. He retired from military service June 1, 2009.

While serving with the Alabama Army National Guard, Col Ray was also gainfully employed as a civilian where he worked as a Licensed General Contractor in Montgomery, Pike and Elmore Counties, AL, from October 1986 to October 1990. He planned and directed construction operations for insurance claims, repairs, and new construction.

Col Ray’s third career since leaving military service was serving as the Program Supervisor for the State of AL from October 1999 to October 2019. This involved professional, managerial, administrative and supervisory work in program management for Federal and State Grant Programs. He assumed responsibility for day-day operational management of Federal and State Grant activities and functions for the AL Department of Economic and Community Affairs/Law Enforcement/Traffic Safety Division and then moved into the State’s Economic Development Division.

Although in 2022, Col Ray maintains that his current occupational status is retired, actually, he is the business owner of the Justalil Rodeo Company (Children’s Rodeo and Western Festival Company) that produces, for the past 25 years, the Little Boots Rodeo. His duties and responsibilities include livestock acquisition and management, directing events (management, planning and coordinating all aspects of rodeos), facility coordination, facilities contracts, insurance procurement, sponsorship procurement, advertising, contestant registration, livestock procurement, and development of rules and regulation per event.He and his wife, Nancy also conduct Children’s Western Festivals and Mutton Busting events for various rodeos held throughout AL, FL and MS.

In addition to his involvement with rodeos, Col Ray operates the Double R-Farm, a 100 acre farm/ranching operation in Grady, AL where he spends his days working on the farm and enjoying the retired life.

Col Ray and his wife, Nancy, have been married 38 years, and he has one stepson. They are members of the Grady Church of Christ in Grady Alabama. He holds membership in the American Legion, the VFW, the Southeastern Livestock Exposition (SLE) and the AL Cattlemen’s Association.

Col Ray’s conclusions about his military service are, “It wasn’t always easy, but few things in life worth having are. My careers, both military and civilian have been filled with challenges. These challenges have proven to be a confidence builder, andnow they are a source of prestige and pridethat gives you a sense of accomplishment.”

Col Ray states, “If generations even remember me at all, I want them to remember me as someone that tried to live life to its fullest. I traveled the world participating in military operations and exercises. I have worked with hundreds of communities throughout the State attempting to enhance their economic development and improve their quality of life. I have been actively involved in the livestock business,and I like to believe that through all of this,I have had a positive impact on future generations.”

Lt Col Harris began her military service in the U.S. Air Force completing OCS December 8,1969 at Lackland Air Force Base (AFB), TX. Her first assignment was at Eglin AFB, FL, for one and one-half years as the housing officer and then as the Women in the Air Force commander. She then served at the Tactical Air Command (TAC) at Langley AFB, VA. Lt Col Harris served a tour for one year at Nakhon Phanon Royal Air Force Base (NKP), Thailand. From there, she served at the Air Force Training School at Lackland AFB as the first female in the Air Force selected to serve as a flight officer commander. Next she served as an instructor of military history at the Air Force Academy, CO, for two years. She then served as the administrative support director to the Secretary of the Air Force at the Pentagon.

Lt Col Harris’ served as an instructor of military history and combat arms at the Air University at Maxwell AFB, AL, where she retired from military service February 28, 1990. She reflects upon her military service saying, “It has meant everything. It was my life. I gave it all that I had.” She would like future generations to remember that she went to school, graduated and served her country.

Following her military service, Lt. Col Harris worked selling real estate for the Aronov Realty Company in Montgomery, AL. She has enjoyed swimming and playing golf during her leisure time.

MSgt Simonton was born October 6, 1956 to his parents, Candler J. Simonton and Edna Marie Simonton, in Boston, MA, where he was reared at Mansfield, MA, until the age of10. He then lived at Virginia Beach, VA, and he graduated from Princess Anne High School there in June 1974. He attended college for one semester and worked installing air conditioners in cars for one year.

MSgt Simonton joined the Air Force in 1976, completed Basic Training at Lackland Air Force Base (AFB), TX, and he completed training at the Air Force Police Academy serving as a security police officer in the missile field for four years. Because of a medical issue, he had to change his type of work. He cross trained as a computer operator and became a computer management specialist and a network manager. He served at Malstrom A.F.B., MT, 1976-1981, six weeks at Kessler A.F.B. to train in technology, a return to Malstrom A.F.B. and to Langley A.F.B.VA, for three years 1981-1985. His first deployment was to Kunan Air Base, Korea, for a consecutive in place tour for two years and to Taegu Air Base, Korea, for a consecutive in place overseas tour for two years. He returned to the U.S.A. to Homestead A.F.B., FL followed by service in the Middle East to Oman, Saudi Arabia and the United Arab Emirates installing computer systems December 1990 to June 1991. He then returned for a second deployment to Kunan Air Base, Korea, for one year and then to Osan Air Base, Korea, for two years. MSgt Simonton’s last assignment was at Maxwell A.F.B. Gunter Annex, AL, in 1994 where he was first in charge of software testing for six months and then as Project Facilitator where he supervised the installation of a new computer system on many Air Force Bases in the United States. MSgt Simonton retired at Gunter Annex September 30, 1996.

MSgt Simonton’s education included receiving an Associate Degree (AA) from Community College of the U. S. Air Force in Information Systems April 26, 1988, an Associate Degree (AA) from the University of Maryland in Liberal Arts May 13, 1995 and a B.S. Degree in Computer Science and a minor in Psychology from Excelsior College, an online private college, in 1997. After his military retirement, MSgt using the G.I Bill attended Alabama State University. He received a Master’s Degree in Computer Science from Troy State University December 14, 1999.

MSgt Simonton worked for the Unisys Corporation, an American multinational information technology services and consulting company for one year. Then he worked for the AL State Treasury Department for one year and one-half years in 1999 and then in the AL Department of Human Services until he retired in 2014.

MSgt Simonton and his current wife, Nan Suk, have been married 35 years, and they have one son, Daniel, now living in Duluth, GA. They met and were married while he was stationed in Korea. They are both retired, and they enjoy gardening and playing with their dog. They are members of the Korean United Methodist Church of Montgomery. He is a member of Post Two American Legion, the V.F.W. and the Sergeants Association. From a previous marriage, he has two daughters, Kimberly Lawler living in Seattle, WA, and Amber Stevens living in Great Falls, MT.

MSgt Simonton’s conclusions about his military service are, “I originally joined the military for the college benefits that I would receive, but after retraining into the computer field, I decided to make the military a career. I have a very positive feeling about my entire military career. When I first joined, I thought I was going to serve for a short time, but I feel that I was blessed when the Air Force cross trained me into the computer field. This made me more positive about staying in the Air Force. Today I would say that the Air Force is a great opportunity for training and how to get along with people.”