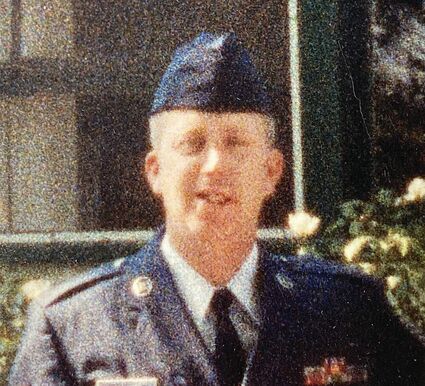 MSgt Kline was born September 21, 1956 in Glendale, CA, to his parents, Lester T. and Helen J. Kline. He was reared eight miles to the north of Glendale, CA, in La Crescenta, CA, and he graduated from Crescenta Valley High School in June, 1974. He had a delayed enlistment in the United States Air Force at age 17 in March 1974 and reported for duty at the Armed Forces Enlistment Center in Los Angeles, CA, August 14, 1974. MSgt Kline completed six weeks of Basic Training at Lackland, AFB, TX learning military customs and courtesies, drill/marching, and weapons training.

Next, MSgt Kline was assigned to Technician Training School at Sheppard AFB, Wichita, TX, where he studied and became a Reciprocating Aircraft Maintenance Specialist (43131A). He was then sent to Langley AFB, Hampton. VA, where he worked as a Non-Powered Aerospace Ground Equipment Specialist. Next, he cross-trained into a new AFSC of Structure Apprentice (Carpenter/Mason 55230) where he received vast on-the-job training and crucial knowledge of carpentry and masonry.

MSgt Kline had three deployments. He was first deployed to Osan Air Base, South Korea, for one year 1987-1988 on an unaccompanied tour where he was involved again, in the Construction Planning Shop as a key Structural Planner. Returning from his deployment in Korea, MSgt Kline was assigned to Falcon Air Force Station/Falcon Air Force Base/Schriever Air Force Base Colorado Springs, CO, 1988-1992. He was again promoted to his current grade of MSgt in 1990. His assignment as a Structure Technician (Carpenter/Mason 55270), was to be Chief of Planning in the Construction Planning Shop, Chief of Security, and Chief of Disaster Preparedness.

Concurrently, with his rank of MSgt, he was next assigned as the Structural Superintendent, Mobile Engineering, Acquisition, and Repair (MEAR) Team at RAF Chicksands at Bedford, England 1992-1994. As the Structural Superintendent for the MEAR Team, he was involved in many TDY deployments with other military members all over the world including, Germany, Spain, Niger, Cameroon and Malawi. RAF Chicksands was closed in 1994, and he was then sent to RAF Menwith Hill at Harrogate, England, for two years where he served as the European Team Chief of the MEAR Team 1994-1996. MSgt Kline's assignment as Teams Chief was to assign TDY deployments of MEAR Team military members at vast locations around the world.

MSgt Kline returned for his last duty station at Peterson AFB, Colorado Springs, CO, where he retired from the United States Air Force on September 1, 1996.

MSgt Kline and his wife, Maryann, have been married 42 years. They have two children, six grandchildren and one great-grandchild. He is actively serving to assist First Responders during times of natural and man-made disasters and to go on search and rescue missions with the Alabama Service Corps located in Ozark, AL. He has also volunteered with the Remote Area Medical team from Knoxville, TN, in Gadsden, Alabama, during April 22-24, 2022. He is a recent volunteer with the American Red Cross as a Disaster Action Team member in the area of Disaster Services. MSgt Kline worked in Colorado Springs, CO, from September 2, 1996 until May 1, 2021 when he fully retired. He worked various jobs in Colorado Springs, CO, as a Radio Shack Salesman, Lowes as a Flooring/Home Decor manager, Aleut Services LLC as a Contract Construction Structural Planner, Schriever AFB, CO, GEO LLC Re-Entry Prison Jailer, Walmart Associate Team Leader in the freezer department and GEO LLC Halfway House Re-Entry worker. 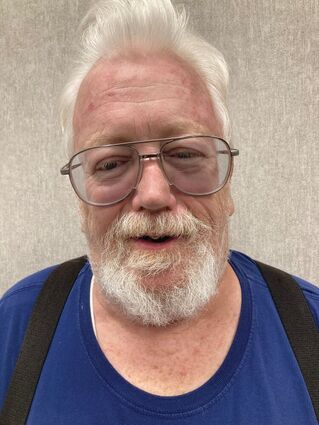 MSgt Kline and his family moved to Montgomery, Alabama on August 27, 2021 from Colorado Springs, CO, to start their new adventure in the very wonderful and friendly town of Montgomery and surrounding communities as well as the state of Alabama. He is a member and ordained elder of the Church of Jesus Christ of Latter-day Saints and goes to church in the Capitol Ward located in Montgomery, AL.

He would like people to remember him saying: "I was fun, outgoing, energetic, devoted to God, family, friends, church, and I had a great and wonderful life."