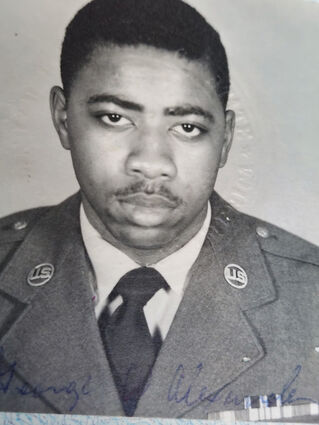 S Sgt Alexander was born July 24, 1947 in Tuskegee, AL, to his parents, Rev. Nash and Mrs. Ruth Alexander. He graduated from high school in May 1964, and worked at a local gas station while waiting for the minimum enlisting age of 17. Thanks to his high school guidance counselor, he became interested in electronics and qualified for an electronics career in the military service, enlisting on his birthday in the United States Air Force July 24, 1964. His Basic Training was completed at Lackland Air Force Base (AFB), TX, followed by further training at the U.S. Air Force Air Technical School at Keesler AFB., MS, where he completed the Air Force Electronics Navigation Course. His first assignment was at Anderson AFB in Guam for 1.5 years with Operation Popeye working with weather control and reconnaissance from 1965-1966. While at Guam, he received news of his brother's death back in the U.S.A., and the American Red Cross provided $600 for his personal expenses and travel to his brother's funeral. S Sgt Alexander next served at Forbes AFB, KS, 1967-1971 where his duties involved geodasic photo mapping on the venerable Lockheed C-130. Continuing this type of work, he served four tours in Vietnam in Danang in 1966, twice in Tuy Hoa in 1968 and 1969 and in Cam Ranh Bay in 1971 as an airborne radar operator on the C-130. Each flight averaged 10 hours, and he flew over 500 sorties. He suffered a knee injury while serving in Vietnam. After Vietnam, he worked in airborne navigation maintenance at Westover AFB, MA, for one year. At one point in his career, he was involuntarily selected to cross train into Explosive Ordinance Disposal (EOD). He retired from military service June 1973 at Westover AFB.

After his military service, S SGT Alexander worked at radio station WREN, in Topeka, KS, where he was the Evening News Director from 1973-1979. Next, he worked with Hills Pet Products as a production supervisor and followed this as a field service technician for Xerox. He then served as the news director for radio station KTPK and reporter for KLDH TV49 later opening a computer store selling IBM compatible computers. He returned to AL to teach a basic electronics and computer maintenance class for a nonprofit in Eufaula, AL, and he later returned to his hometown of Tuskegee, AL. where he received news that IBM wanted to hire him. He worked in software support and tech services for IBM 1989-1999 in Atlanta. After 9/11, IBM underwent some downsizing, he subsequently moved back to his hometown of Tuskegee, AL, working at Victory Land Casino in Shorter, Al., as the head technician repairing the gaming machines. In 2010, he retired and later worked as the Chief Avionics Inspector, for CMC Aviation Services at the Wetumpka Municipal Airport in Elmore County, AL.

He continues his involvement with his Air Force avionics background with Avionics Central Exchange which he started when the owner of CMC Aviation passed away. He now also operates a handyman service, Alexander and Son General Maintenance, in Montgomery, AL, dealing with drywall, flooring ceiling and other homeowner handyman projects.

S Sgt Alexander has one son and enjoys boating and fishing, especially on the Alabama River and at the City Lake in Notasulga, AL. He also enjoys aerial, underwater as well as general interest photography. He belongs to the Friends of the Tuskegee Airmen Historic Site, and is a past-member of St. Luke Missionary Baptist Church in Union Springs, AL, where he served as associate pastor until sidelined following a heart attack. 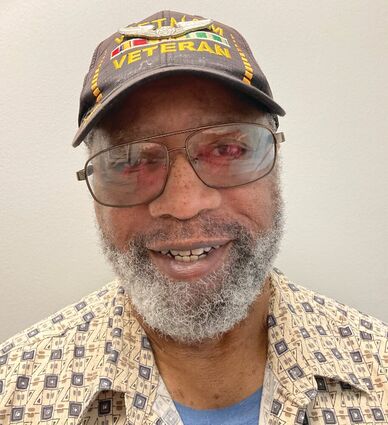 S Sgt Alexander's conclusions about his military service are: "I had the most wonderful experiences at Forbes AFB in Topeka, Ks., flying on a reconfigured helicopter testing precision positioning radar and laser-based Terrain Profile Recording equipment technology which was deployed on the Voyager 1 and 2 space probes. My military service meant everything. I got to see a good part of the world and to get an education as well as work on a variety of airplanes. I took over 30 college and correspondence courses while on active duty. Today I use some of everything that I learned in the Air Force in my businesses. I started my college education while in service, and after discharge, I received a B.S. Degree in Communications with an emphasis in broadcasting and journalism from Washburn University. I taught a photography class at Washburn University while completing my degree. The greatest fulfillment I got after service was using my love of all things Aviation and Aerospace to convince my then Congressman, Dan Glickman, to persuade then President Reagan to decommission the remaining 49 of an original 52 Titan II missiles and put their fuel into the Shuttle program. The view of the Earth from Voyager let me know that we are all truly one human family on this tiny speck of light floating in space; we need to find better ways to protect the only planet we have".