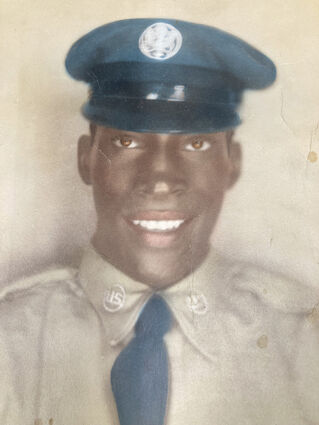 TSgt Wheeler began his service at Lackland Air Force Base (A.F.B.), TX where he completed Basic Training. He received further training at Randolph A.F.B, TX, for six months. Next, he trained to become a cook at Kessler A.F.B., MS. His first assignment was at Ladd at AFB, Alaska, for three years. His first deployment was to Kaesong, Korea, for three months. He returned to Ladd A.F.B., TX, and then to Maxwell A.F.B., AL during 1955-1963 followed by service at Oxnard A.F.B., CA, for one year. He then served at King Salmon Air Force Station, Alaska, for one year. His next deployment was to Chateauroux, France, followed by deployment to the Royal Air Force station at Upper Heyford, England. He returned for service in the United States at Langley A.F.B., VA. He was then deployed for his first tour to Vietnam for 18 months. He was next sent to Marsh A.F.B., CA followed by his second tour to Vietnam for one year where he worked as a supply sergeant delivering arms. His last assignment was at Maxwell A.F.B., AL, where he retired August 1,1974.

While serving completing his last assignment at Maxwell A.F.B., AL, he arranged for honor guards at funerals for deceased military. TSgt. Wheeler completed training in cabinet making at Trenholm Technical College in Montgomery, AL, and after his military retirement, he had his own cabinet making company, Wheeler Construction, for ? years. Immediately after his military retirement, he worked at the Federal minimum security Federal Prison at Maxwell A.F.B, AL. TSgt Wheeler retired from all employment in 2014. 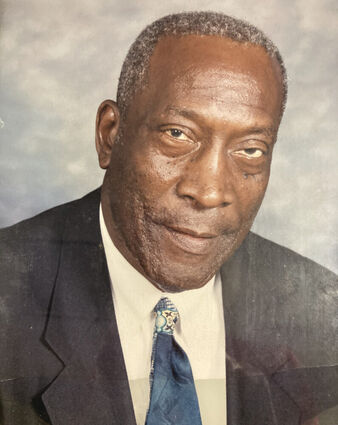 TSgt Wheeler and his wife, Rosie, have been married 29 years. He has seven children, 21 grandchildren, 22 great-grandchildren and two great-great-grandchildren by previous marriages. He and his wife are members of the Progressive Baptist Church where he has served as a deacon and assisted as a volunteer with maintenance. He served as a Scout Master for Boy Scouts at Madison Park in Montgomery, AL 1960-1963. He has enjoyed cooking and also taking care of grandchildren. His friends call him "Big Mac" because of his height at six feet and seven inches.

TSgt Wheeler's conclusions about his military service are: "I was protecting my country." He concludes: "That he hopes people will remember him as a man with a good heart who loved everybody."