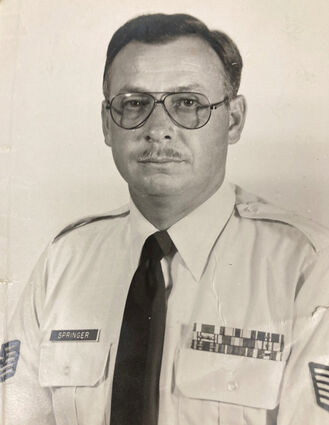 Michael was born July 4, 1944 to his parents, Wilbur and Ethelmae Springer in Albany, CA. He was reared in Reno, NV, and in South Lake Tahoe, CA, where he was educated until he dropped out of school in 1960. He later received his GED while serving in the Air Force and finished coursework for a high school diploma from Merced High School, CA in 1963. He earned two Associate Degrees; one in Weather Forecasting in 1983, and another in Training and Education in 1989 from Community College of the Air Force (CCAF). Using the G.I. Bill, he graduated from Faulkner University with a B.S. Degree in Management in 1990, and received a Master's Degree in Human Resources Management from Troy State University in 1994. His military education included completion of programs at the Noncommissioned Officer Leadership School in 1971, the Noncommissioned Officer Academy in 1984 and the 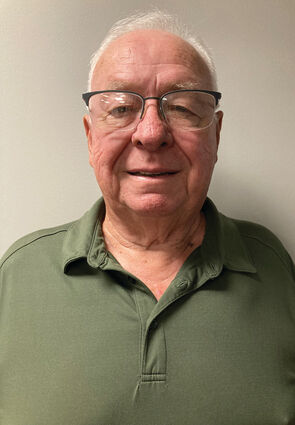 Since his military retirement, SMSgt Springer has worked in management of law and medical practices. These include: the law offices of Kaufman & Rothfeder PC, Gastroenterology Associates PC, and Capital City Gastroenterology, PC. He ultimately retired completely in 2010. SMSgt Springer and his wife, Margaret, have been married 36 years, and they have six children, 16 grandchildren and six great-grandchildren. They enjoyed acting in amateur theater when they met in Australia, and are avid world travelers. He and Margaret do community service through volunteering to include Christmas in April/Rebuilding Together, Operation Christmas Child and others. He also enjoys playing golf. They are active members at Christchurch Anglican in Montgomery, AL, and he is a member of the Disabled American Veterans.

SMSgt Springer's conclusions about his military service are, "All of my education, training, opportunity, and value system are the result of my being in the US Air Force. I hope that people will remember me as being a proud American, a loving family man, and a follower of Jesus Christ."