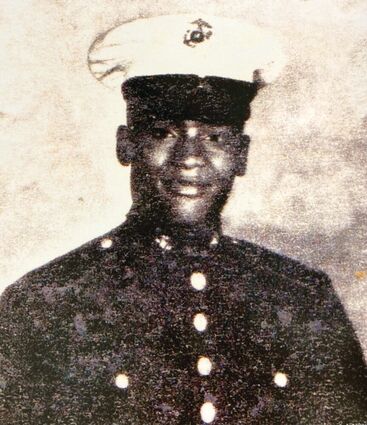 Cpl Saxton was born May 25, 1948 to his parents, Major C. and Bessie Saxton, in Birmingham, AL where he was reared and graduated from Carver High School in 1966. While he was in high school, he played trumpet in the marching and concert bands.

Cpl Saxton volunteer for service in the U.S. Marine Corps June 13, 1966. He completed eight weeks of Basic Training at Parris Island, S.C., followed by six weeks of infantry training at Camp LeJeune, N. C. Next, he was sent to Camp Pendleton, CA, for a month of training in guerilla warfare before his embarkation. He was then deployed with the Third Marine Division to the northern most province of Vietnam where he was engaged in perilous battles. He was seriously wounded in both legs by enemy fire. He was evacuated to the USS Tripoli, a medical ship, to a hospital in Vietnam where he had surgery and to the Naval Hospital at Millington, TN, for 5.5 months. He received a medical discharge November, 30, 1967

After his military service wearing braces on both legs, Cpl Saxton used the G.I. Bill at Jefferson State Junior College. He transferred to Daniel Payne College studying business administration until the institution closed. He then had a series of employments including working with AL State Vocational Rehab after studying at Auburn University for 10 weeks. He sold life and accident insurance with National Life Insurance Company. Next, he worked with Southern Airways loading and unloading airplanes for two years. He then worked selling insurance for National Life Insurance in Louisiana for six months. Next, he worked for Phillip Morris selling cigarettes and advertisements to chain stores for three years. He then worked as store manager at the grocery store, Colonial Stores, in Atlanta for three years. Because of his disability from his military injuries to his legs, he ceased employment in 1981. 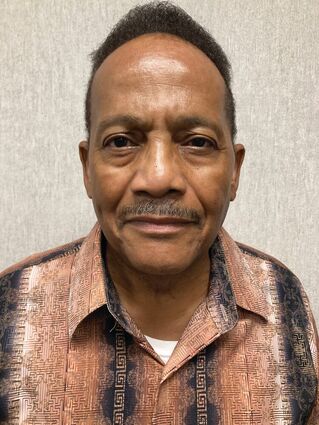 Cpl Saxton and his wife, Sandra, have been married 48 years, and they had six children, eight grandchildren and two great-grandchildren. Two children and one grandson are now deceased. They are members of the Old Mt. Pleasant Baptist Church in Fitzpatrick, AL. He is a life member of the Disabled American Veterans. Sandra states: "Johnny is a mild mannered man who is loved in his community. He is a Christian man who prays for everyone. Although he has gone through at lot, he is compassionate and is a loving husband, father and grandfather. He is always giving people things. He does not let the pain that he has gone through affect his life."

Cpl Saxton's conclusions about his military service as U.S. Marine are: "I learned a lot about military tactics on how to call in artillery and Naval gunfire. It gave me a chance to grow up and how to deal with difficult situations whether they are positive or negative. As a Marine, it made me proud to serve with such an outstanding group of people, and it showed me that I should never give up and to always survive. I would like to be remembered as a man who was a good human being who loved his God and others."