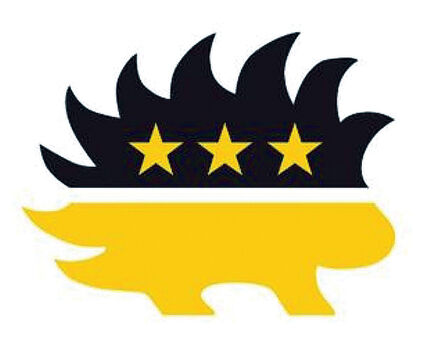 On the 8th of this month, we will be going to the polls to vote for and against various candidates in this year's mid-term general election. For some offices, we won't have much of a choice-the lesser of two evils-typically a lack luster Republican against an even more lackluster, if not tyrannical, Democrat. That is the routine of many elections, and this year is no exception.

Nearly all of our really fine candidates met defeat in the Republican primary. These include our brightest star, Mo Brooks, who had earned a perfect score of 100% from FreedomWorks in the US House last year. In his run for the US Senate, he lost to a vindictive lobbyist opponent who repeatedly broadcast and mailed out vicious claims against his character.

Two fine candidates for governor-Dean Odle and Dave Thomas lost to our entrenched incumbent who had earlier decreed oppressive "Stay at home" executive orders and other impositions with scaremongering tirades and unconstitutional protocols.

What do we do when neither party has a viable, constitutional candidate? That has often been the case for many years. All we could do was hold our noses and vote for the lesser evil or write in a decent alternative.

People have been crying for a strong third party-one that stands for our fundamental American principles. Finally, after 20 years, we have regained that third choice-the Libertarian Party. If you are not familiar with it and / or want more information, Google the Libertarian Party and search for candidates.

The Libertarians have been around since 1972, a time when the Republicans and Democrats strayed too far from constitutional and ethical principles and turned farther and farther toward authoritarian ideologies.

Libertarians stand for honest, constitutional, and ethical government. They believe in strong, principled laws that uphold all natural human rights-the same ideas that our founding fathers supported since they signed the Declaration of Independence. They also believe in limiting government excesses, spending, and taxation-an ethic that FEW Republicans and essentially NO Democrats are willing to face. If you would like to elect clones of our founders, you can safely bet your entire bank account in this year's general election by voting for Libertarians.

Up until 1982, the Libertarian Party (along with several other third parties) was on every Alabama general election ballot. That year, the Republicans and Democrats passed an oppressive state law that virtually wiped out all third parties thereafter, beginning in 1984 (George Orwell's year). To get on the ballot, every third party and every independent candidate was obliged to collect VALID signatures of one percent of all voters who had voted in the previous gubernatorial election. One percent doesn't seem like much, but it totals into many thousands and is a formidable and expensive task. Very few third parties are able to meet that demand. On the other hand, the Republicans and Democrats receive a free ride and get on the ballots automatically. The only way an Alabama third party can get ballot access in that manner is to generate a 20% vote for a statewide office. Outside of the R and D duopoly, it is an almost impossible task.

During presidential election years, with generous help from the national party, The Alabama Libertarians still managed to gain ballot access. But money that could have been used for voter education and campaigning was sucked dry just to get onto the ballot.

Then in 2000, the state legislature upped the ante with a new law that raised the signature requirement from 1% to 3%, after failing in an earlier attempt to make it 5%. This, of course, made third party ballot access three times MORE expensive. Alabama had the MOST EXTREME third party ballot restrictions in the entire nation.

In 2002, with a near miraculous vote for a statewide office (an unopposed state supreme court justice), the Alabama Libertarians received the 20% needed to get onto the 2002 ballot without collecting signatures. It was their first time since 1978 to qualify for a presidential mid-term ballot (a time when multitudes of state and local elections are held). Since that time, the Rs and Ds made sure to each place a candidate in every statewide race to make sure that would never happen again. And it didn't, until this year, after a 20 year ballot access drought.

This year, after huge expenditures including $40,000 from Richard Winger, "an avid researcher of ballot access laws across the country" and another $100,000 from the national party, the Libertarian Party of Alabama spent a year and a half to collect more than 71,000 valid signatures, well above the 51,588 needed to win access to the 2022 ballot. More than 50 candidates are now running for offices across the state, including governor and US Senate.

Ballot access restrictions like ours are patently oppressive and unconstitutional. These remind any sensible person of the rigged elections held in third world and socialist nations like Venezuela, North Korea, and Russia. Every American citizen has a sacrosanct right to run for public office just like he does to vote. Ballot access restrictions of any kind should never be tolerated in any civilized nation.

Even without ballot access obstacles, running as an independent or a candidate in a third party is a tough battle. He constantly hears complaints about "wasting your vote" and other excuses. Because of mindsets like this and multitudes of immature voters under the (original) constitutional age of 21 who are easily duped by slick advertising and other gimmicks, we have an army of careless and reckless voters corrupting our elections.

Another reform we desperately need is to mandate runoffs in all elections. Allowing ANY candidate to win with only a plurality is a disgrace. Plurality elections encourage voters to support people with greater name recognition instead of the ones who are most qualified.

Voting for a third party is NOT wasting your vote. It is sending a message to the major parties that we will NOT vote for their hand-picked corrupted candidates. Falling into lockstep with the masses is patently irresponsible. Study every candidate carefully. Regardless of the odds in polls or whatever, always vote for people who will PROTECT OUR INDIVIDUAL LIBERTY. Do not let this opportunity pass you by. DO NOT follow the lemmings into the sea.

Let's go over the assets and liabilities of the two major parties: Republicans are usually strong on economic issues-taxes, spending, regulation, etc. On personal issues such as the drug war and privacy, they are usually weak. Some Democrats are stronger on the personal issues, but nearly all fail miserably on economics. There are a few Republicans who are strong on both (Ron Paul, Rand Paul, and Mike Lee are three examples). There are NO Democrats anywhere close. In fact, most Democrats are utter failures on both. Check out FreedomWorks online and see for yourself.

Libertarians are strong on BOTH economic and personal liberty-the principle that our founding fathers set up in our Declaration of Independence and our Constitution. From the words of Thomas Jefferson himself, "He who is

So what should we do when we vote this year? Check your ballot. Libertarian candidates will be running for many offices, although not all. ANY Libertarian will be a stronger supporter of our individual rights than an R or a D.

For the first time in Alabama since 2002, you will have the opportunity to elect strong opponents to the mostly corrupt powers that be.

Check out the Libertarian Party online. Read the party's platform. It is the only one that fully supports our sacrosanct individual rights.

1. Holmes, Jacob, How the Libertarian Party Stormed back onto the Alabama Ballot, October 3, 2022.