Post-Season Scouting Is The Most Valuable Scouting To Do 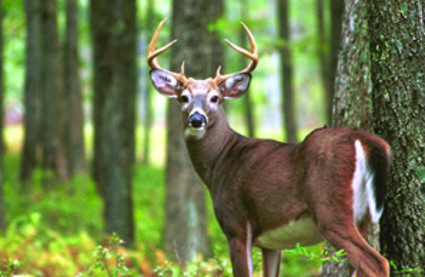 Well, it's February. Deer season is over and the cold weather makes the spring turkey season seem like an eternity away. However, for the diehard whitetail hunter, there is no better time than now to begin preparing for next deer season. Why start scouting this early, months before the season even opens? Post-season scouting is the most valuable scouting I do. The sign is all there waiting for me -- the trails, the rubs, and the scrapes. And now I can roam at will, explore those bedding areas, follow those scrape lines, hike every trail to see where it goes and where it comes from and all the while, not worry one bit about spooking deer because the deer will have eight months to get over it. That is the beauty of post-season scouting. Plus, post-season scouting will help you locate new spots to hunt next season. Now, with all of the knowledge from the recent deer season still fresh on your mind, it's time to get out and try to fill in the missing pieces with some post-season scouting.

Most deer hunters tend to use the same patterns, year after year. Think about it - we have our few favorite stands, we travel to them using the same paths, we park in the same places and then we wonder why we don't see more deer. Did it ever occur to you that the deer have patterned you? Well, they do. Post-season scouting will allow you to find new areas to hunt and give you time to trim shooting lanes and erect stands in these areas. It also gives you a chance to re-access your current stand locations. There will be stands on the property where deer sightings were few and far between, so these stands should be moved. There are probably other stands that simply weren't hunted. Maybe these need to be re-located also. The ultimate goal is to have numerous stands on your hunting property, so that you can hunt regardless of the wind direction. With this in mind, be sure to take a good compass with you when you're scouting for new stand locations.

Before you head out to your hunting area, you need to have a topo map, an aerial photo or simply a hand drawn map of your hunting property. You will use this to keep track of all of your findings while you scout. In addition to scouting on foot, trail cameras can add a new dimension to your gathering of information. In my opinion, they are a must! They can be set up along heavily used trails, key feeding areas or areas of rutting activity and the pictures you get will really compliment your on-the-ground efforts by giving you an idea of how many and what size deer are using the area. These pictures also show you what deer survived hunting season. On your map, you will mark food plots, logging roads, creeks, and other notable areas, like pine thickets or swampy areas. I use Google Earth and print out my own map. So, with trail cameras and a map in hand, it is time to get started.

While you're scouting, mark every trail, scrape, rub, bedding area and food source. If it's deer sign, you should be marking it on your map. Once you've made several post-season scouting trips into the woods with your map, you will soon begin to see a pattern develop. While post-season scouting, it is also essential for you to also make notes on your map for likely places to hang a stand. As I mentioned earlier, make sure you have numerous stand sites picked out that will allow you to hunt no matter which direction the wind is blowing. I mark the trees I want to put a stand in with a piece of surveyors ribbon.

While post-season scouting, I look primarily for signpost rubs. We have all heard the saying that "Big bucks might rub small trees but little bucks don't typically rub big ones." In reality, the saying should go "Big bucks rub small trees and sometimes small bucks rub big trees." In most cases, mature bucks are responsible for starting the larger rubs that get a hunter's blood pumping. Once a large rub is made, however, it is common for a number of bucks to visit it, large and small, in order to leave their own message to other deer in the area. If you encounter a large rub that seems to be used year in and year out, chances are it is more of a sign post for most bucks in the area, rather than the mark of a giant buck that has been around for years. They indicate continued and dependable places for bucks to travel or hang out.

Deer have several "check in" points in a particular area that they visit with some regularity to leave their scent mark, letting other deer know that they are around. Think of it as a message board where people occasionally check in to leave a message for others to see. You see these in grocery stores or on college campuses where people can post information about current events, needing a roommate, or items for sale. In a whitetail's world, the bulletin boards take the form of rubs, primary scrapes, and licking branches.

At this point you are probably asking how you can use this information to your advantage? What not to do is set up your ambush point over the large rub. Although it might seem exciting thinking about a giant buck coming in and working the rub right in front of you, the odds of that happening are slim to none. Instead, do your best to learn where the deer are coming from and at what time they are visiting the rub to leave their mark. Probably the best way to do this is with a trail camera positioned over the rub. Not only will it tell you what time the deer are visiting the area, it will tell you what direction they are coming from. You can use this information to establish ambush points heading to the rub, where you'll stand a much better chance of seeing the buck on his feet.

A buck's rub route leaving its core in the evening, usually winds through several doe use areas before ending up at a night time food source. Then it leads through other doe use areas as the buck moves back toward its core area in the early morning, before daylight. You should be able to find several rubs along the evening rub route; and possibly scrapes in the transition zones near food sources, along field edges, and near doe core areas.

While you are scouting, you may also find doe use areas with old and new rubs and scrapes; take note of where you find them. Once you find the doe use areas, or a food source, and the rub route, it is a matter of back-tracking the rub route of the buck to find its core area. If you want to be sure of finding the buck's core area now is a good time to go into it, even though you may spook the buck. By the time hunting season rolls around, the buck will have forgotten about your intrusion and it will have begun using its preferred bedding areas on a regular basis again.

Shooting a mature buck is not easy to do, but post-season scouting can level the playing field by giving you a good idea of where he sleeps, eats, breeds and travels. I don't know of a single successful hunter who does not count post-season scouting among his most valuable tools. Spend time studying what you have learned through post-season scouting and you'll be surprised at what this will mean come hunting season. Next month, turkey season comes in on the 15th in this part of the state. We'll look at some tips and tactics to help you bag that big gobbler. Until then, be safe in the woods and on the water. And if you get an opportunity, take a young person hunting or fishing.